aiming to end shaming one entry at a time

The First Time I had Sex

For the majority of my life, I’ve feared vaginal penetration. At eleven, when I tried to use a tampon, I couldn’t even point it towards my crotch without sobbing. While dating in high school, I never let anyone touch me there whatsoever. I didn’t consider sex until my freshman year in college, when I started dating a guy named Taylor. After a few months of exploring the realm of oral sex, we decided we were ready for intercourse. 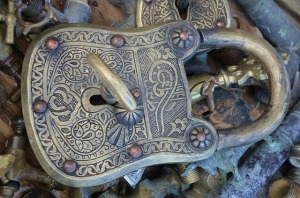 We chose a day when we knew Taylor’s roommate would be gone. We didn’t kiss or cuddle or even really touch one another, but instead moved mechanically, in a stiff, contrived manner. The condom seemed foreign to me, and I pushed it towards him, happy to get rid of it. He asked me to put it on. “You do it,” I said, somewhat accusingly. We were both virgins, and nothing about sex seemed as straightforward as television and biology textbooks pretended. The realness, the rawness, the latex, the gooey lubrication, the strangeness of guiding something between my legs. Any sexual chemistry vanished; in fact, any sexual desire in the entire world seemed to have disappeared. He couldn’t stay hard, I couldn’t get wet, and for the next seven months we repeated this bizarre, formal routine, without any success. His penis would not go in, as if my vagina had a “no entry” sign and had the doors locked. Neither of us was aware of our separate cases of sexual dysfunction, and the combination without a doubt made each other worse.

The whole ordeal sent me into a depressive episode. I couldn’t break the obsessive cycle; the more I tried and failed, the more convinced I became that I would never have sex, that I was abnormal, that I couldn’t even do the one thing women are evolutionary designed to do. This conviction made me tense whenever we tried, and often I would give up emotionally before we ever really had a chance. I assumed no one would want to be with me, that I would be a virgin forever. No one I spoke to, not my mother or other women or the gynecologist, had any clue about my problem. “Just relax,” they’d said, and I’d want to punch them in the face. “But it’s not that easy!” I’d scream in my head.

A Google search led me to the term vaginismus: involuntary muscle contractions surrounding the vagina that cause uncomfortable or painful intercourse, or make penetration impossible. Many physical and non-physical conditions can cause vaginismus; anticipation of pain, anxiety, stress, past traumatic events, fear of pregnancy, sexual guilt, hormonal changes, pelvic trauma, and UTIs to name a few. I learned that vaginismus is relatively common, but rarely spoken of, probably due to the same embarrassment I experienced. I started seeing a therapist. After discussing my (extremely long) anxiety and depression history, we decided to try anti-depressants.  After they started working I managed to insert a tampon for the first time and complete a gynecological visit. My obsessive thoughts quieted, though the unfulfilled desire to fully experience my sexuality still hung over me.

Two years later, I entered another long-term relationship. Although we had discussed our desire to have sex beforehand, we allowed our passion to morph naturally into sex; Michael kissed me, massaged me, stimulated me, slipped the condom on without pause, moved in slowly with my approval. I was surprised to feel hardly any discomfort. I also didn’t bleed, despite what so many “losing virginity” horror stories led me to believe. I cried, out of relief, out of excitement, out of love. He kissed my tears, my mouth, and together we celebrated my newly discovered abilities. He showed me that an understanding and supportive partner is just as important as being comfortable with myself. For this reason, my vaginimus still poses a problem during casual sex. I’m not embarrassed by it anymore, though it does get annoying. I’m not particularly worried about getting a negative reaction from a partner, because that reflects on their character, not mine.

I had one hilariously awkward encounter with a French guy named Pierre (I’m not kidding). He was sexy and

assertive, and after making out for a while he picked me up and carried me to bed. Then he took off his pants and revealed the ridiculous largeness of his penis. He tried to slip it inside me without any clitoral stimulation. One of the golden rules of sex: no one can enter without ringing the doorbell. I showed him what to do, but he didn’t keep up with it, dropping his hand after a few seconds to direct himself in again. It didn’t even hurt, as it wouldn’t go in at all.

He claimed that this had happened before, and usually I’d accuse a guy of conceit for saying something like that, but I’ve never seen a penis that long or thick. He took off the condom and I started giving him a blowjob. After considerable time and no results, I asked if he could get off from what I was doing. He said yes, and then put another condom on. I thought maybe the French practiced extremely safe sex, so although I found it strange, I kept going. After a few minutes he stopped me and said he misunderstood, he thought I was ready to have sex again. I had completely lost any desire, so he took off the condom again, said not to worry about it, and we went to sleep. I’ve learned to accept and laugh at such ridiculous situations.

If you’ve ever had vaginimus or have been involved with someone who experienced it, please send me your experiences. I’m interested to know any tips or tricks that helped you/your partner become more comfortable with themselves and work towards a happy, healthy sex life.

One thought on “The First Time I had Sex”

Edu-tainment on the most important topic of all

The ups and downs of being bipolar.